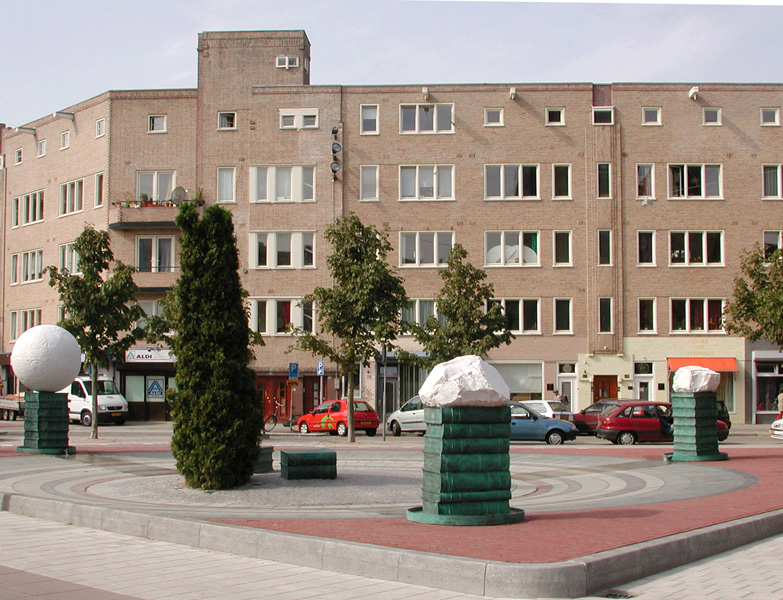 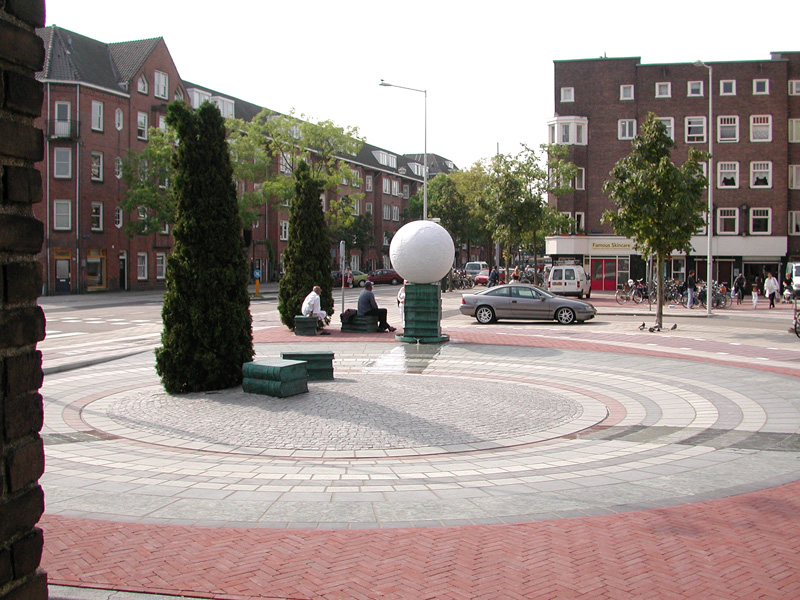 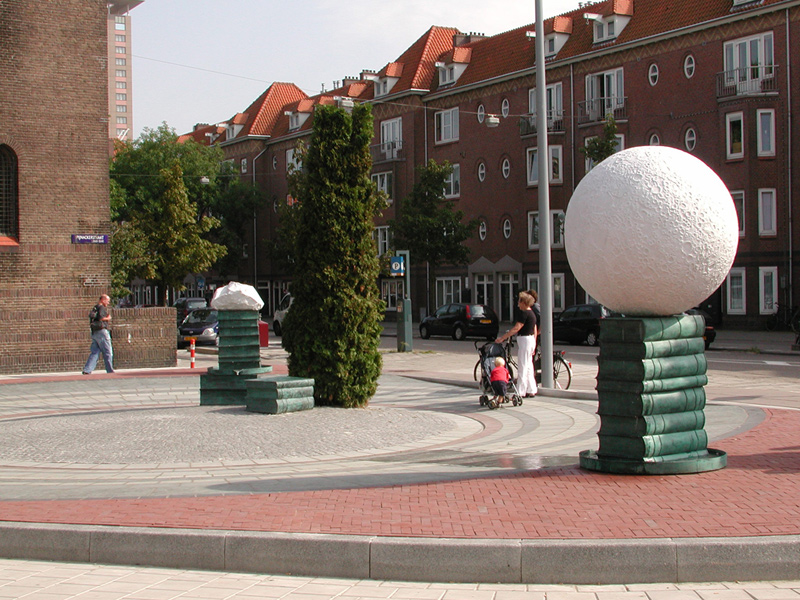 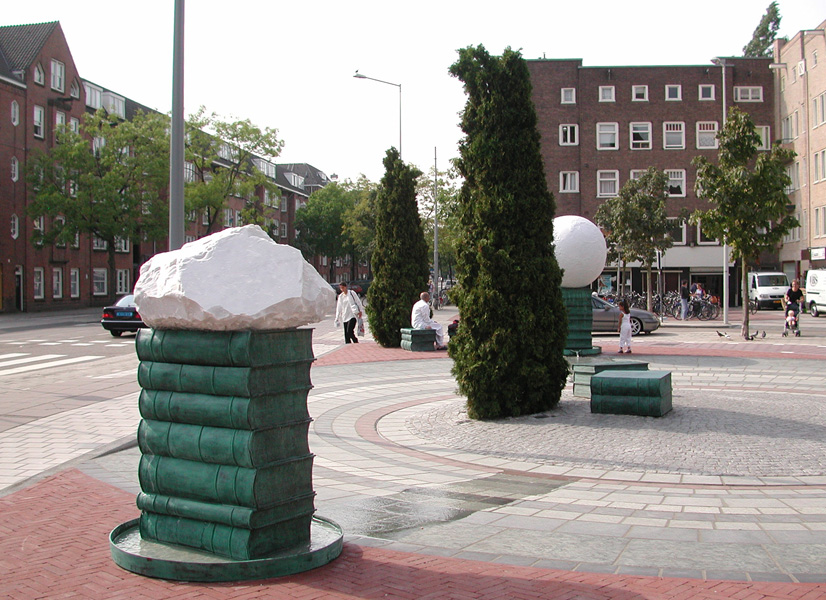 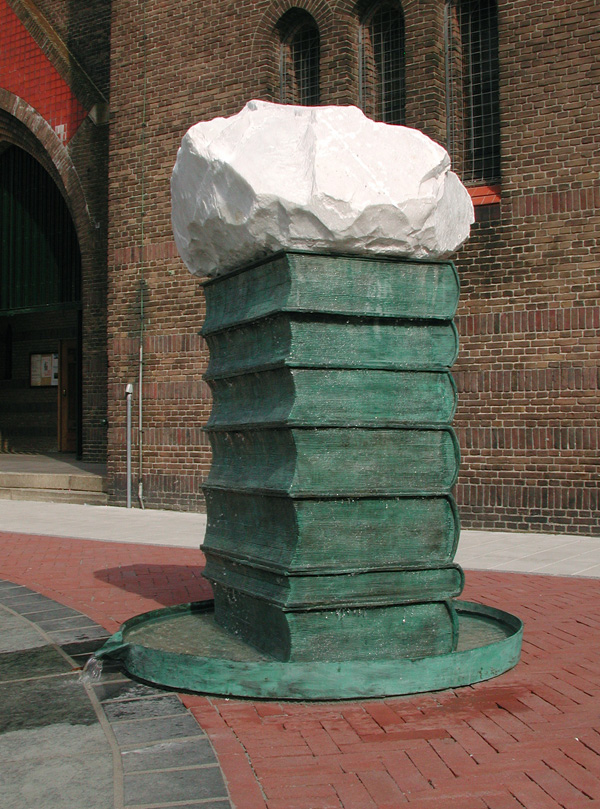 Commissioned by the city of Amsterdam. This was a commission to redesign the square with a particular emphasis on water.
It became a complicated work with many references. The floor design, eleven concentric circles of different types of coloured granite, refer to a painting by Giovanni di Paulo, in which the Garden of Eden is encircled by the circles of the sun, moon and planets. I made use of the piled-up books motif from the film 'Sayat Nova' by Sergei Paradjanov (hence the title), in particular the way in the film that waterlogged books are being drained by pressing them under the weight of heavy stones. In this work it can be seen as a metaphor for the extraction of knowledge from holy books: water seems to be being pressed out of the books, into a basin, whence it flows over the circles towards the middle. There are three such piles: two being pressed by rough marble rocks, the third under the weight of a large moon (1,5 metres in diameter), carved from one piece of marble. Smaller piles of books are placed around for people to sit on, these in the area of three fir trees, specially placed.