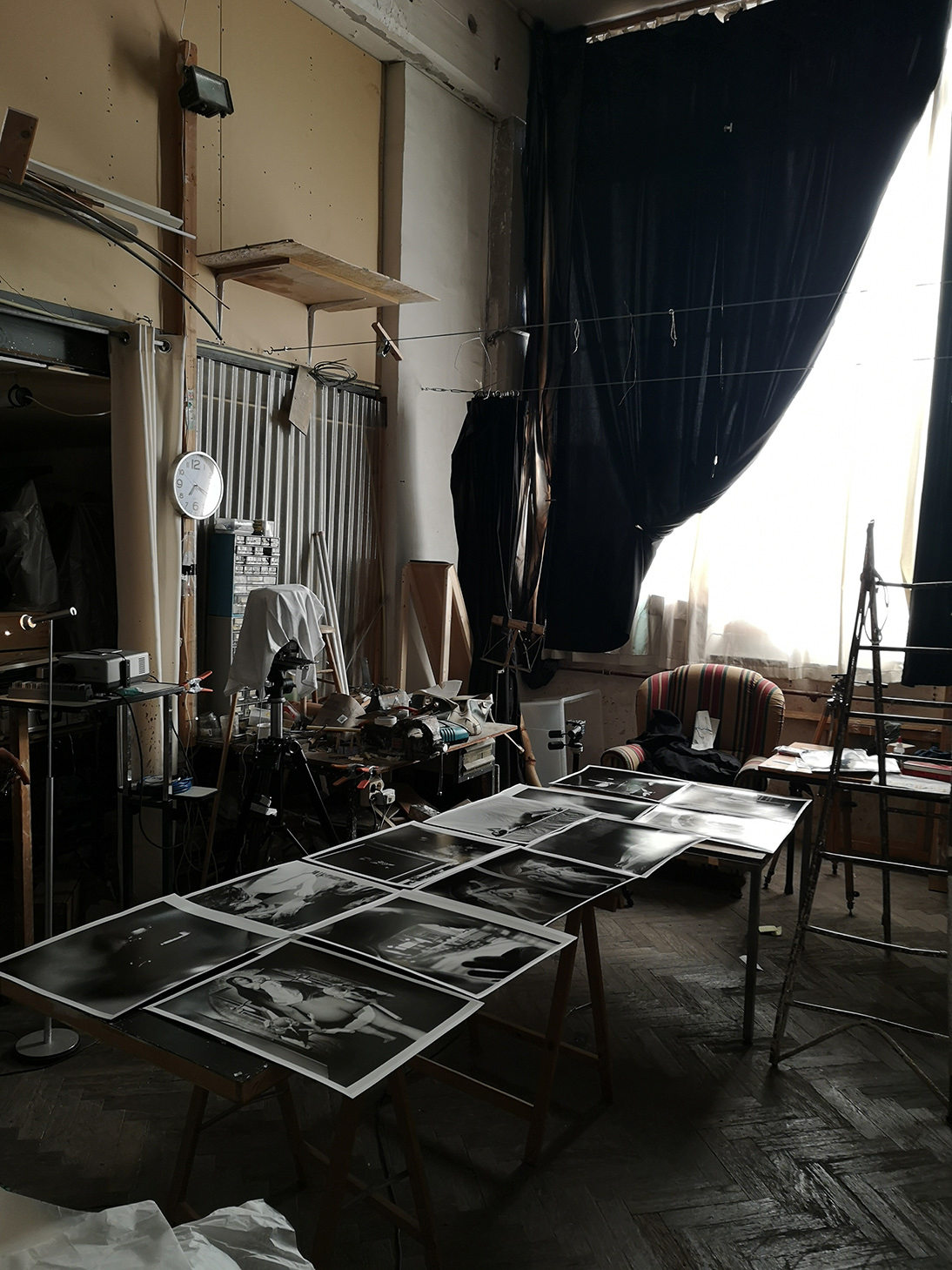 After leaving the Royal College of Art, London, Thom Puckey was intensely active as a performance artist in the middle and late 1970s together with Dirk Larsen (the performance art duo Reindeer Werk) as well as in his own solo performances (https://thompuckey.com/oeuvre/?category=performances); this trained him in the expressive possibilities of the body in space, in its relational abilities and in how to render these as a sculptural image. This early work, very much in the context of the then avant-garde, can still be seen in the artwork he produces today and, especially, in his use of live models for his sculpture and photography. The anatomical detail in his controversial marble sculptures, the sometimes aggressive poses featuring firearms of potential deadly effect, refer obliquely to classical sculpture, but the diverse contrasting languages of high and low culture disorientate as much as they they fascinate. Indeed the choice of a 'noble' material like Carrara marble is almost subversive with respect to the various connotations of Puckey's content. During the initial production phase of one of these sculptures, several posing sessions are required to determine and establish the position of a figure and build the initial work in clay. During these sessions a great many photographs are taken, snapped from every angle and of every detail, to establish the bodily expression and to assist in the course of the making process. So it follows that the artist treats each model as a true performer in two senses: in that, with her body, she incarnates a living, unexpected form constituting an expressive possibility, and in that she is an actress playing a role, lending her face and body to an idea which is otherwise unconnected with her. This methodology is followed through in Puckey's many black and white analog photos, where the model is performer and démonstratrice in complex long-exposure photographic takes.